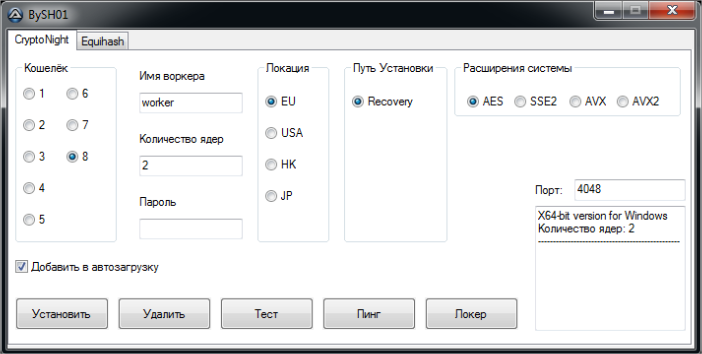 In this week’s Tales From Ransomware, we take a look at a ransomware that isn’t really ransomware. Nor even malware. But it can hijack your server anyway.

A few days ago we saw a typical Remote Desktop Protocol (RDP) attack, which lead us to believe that it was a similar attack to the one we told you about a few months ago which cybercriminals are using to infect devices with ransomware. But we were very wrong.

Once they’ve gained access to your machine by brute force (this particular server was fielding 900 attempts daily) the attacker copies a file called BySH01.zip. This in turn contains:

The attacker runs the BySH01.exe file, and the following interface appears:

With the help of our colleagues at Panda Russia, those of us who don’t know Russian can get an approximate idea of what its telling us with the above word list.

Then they click on Локер, which installs and runs the desktop lock application. It is the commercial application Desktop Lock Express 2, modified only so that the information shown in the properties of the file are the same as those of the system file svchost.exe. Finally it clears all the files used in the attack except CryptoNight and Desktop Lock Express 2.

We detected and blocked several attacks in different countries. Examples such as this one show how, once again, cybercriminals take advantage of weak passwords that can be guessed using the brute force method over a given period of time. Malware is no longer necessary to gain access to the system, so it’s up to you to use a robust password that will keep out unwanted visitors.

Tips for the System Admin

In addition to using a solution like Adaptive Defense, which detects and prevents this kind of attack, a couple of tidbits of advice for all administrators who have to have an open RDP:

The post It Isn’t Ransomware, But It Will Take Over Your Server Anyway appeared first on Panda Security Mediacenter.