Dubbed Operation Rosehub, the initiative was volunteered by some 50 Google employees, who utilized 20 percent of their work time to patch thousands of open source projects on Github, those were

What could be more exciting for hackers than exploiting a vulnerability in a widely used software without having to struggle too much?

One such easy-to-exploit, but critical vulnerability has been discovered in ESET’s antivirus software that could allow any unauthenticated attackers to remotely execute arbitrary code with root privileges on a Mac system.

In this world of global mass surveillance by not the only US, but also intelligence agencies across the world, every other country wants tech companies including Google, Apple, and Microsoft to set-up and maintain their servers in their country to keep their citizen data within boundaries.

Last year, Microsoft won a case which ruled that the US government cannot force tech companies to hand

The brand new Android smartphone launched by Google just a few months back has been hacked by Chinese hackers just in less than a minute.

Yes, the Google’s latest Pixel smartphone has been hacked by a team white-hat hackers from Qihoo 360, besides at the 2016 PwnFest hacking competition in Seoul.

Microsoft was very upset with Google last week when its Threat Analysis Group publically disclosed a critical Windows kernel vulnerability (CVE-2016-7255) that had yet to be patched.

The company criticized Google’s move, claiming that the disclosure of the vulnerability, which was being exploited in the wild, put its customers “at potential risk.”
<!– adsense –>
The vulnerability affects

Own an Android smartphone? Beware, as just an innocuous-looking image on social media or messaging app could compromise your smartphone.

Along with the dangerous Quadrooter vulnerabilities that affected 900 Million devices and other previously disclosed issues, Google has patched a previously-unknown critical bug that could let attackers deliver their hack hidden inside an innocent looking

Google has simplified its 2-step verification feature with a basic prompt users can take advantage of as a second form of authentication. 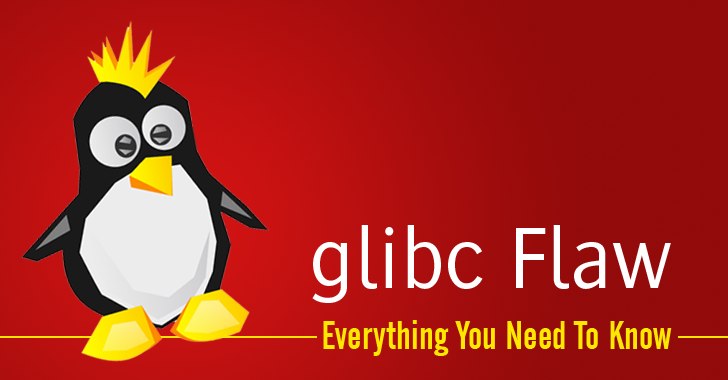 A highly critical vulnerability has been uncovered in the GNU C Library (glibc), a key component of most Linux distributions, that leaves nearly all Linux machines, thousands of apps and electronic devices vulnerable to hackers that can take full control over them.

Just clicking on a link or connecting to a server can result in remote code execution (RCE), allowing hackers to steal credentials, spy on users, seize control of computers, and many more.
The vulnerability is similar to the last year’s GHOST vulnerability (CVE-2015-0235) that left countless machines vulnerable to remote code execution (RCE) attacks, representing a major Internet threat.
GNU C Library (glibc) is a collection of open source code that powers thousands of standalone apps and most Linux distributions, including those distributed to routers and other types of hardware.
The recent flaw, which is indexed as CVE-2015-7547, is a stack-based buffer overflow vulnerability in glibc’s DNS client-side resolver that is used to translate human-readable domain names, like google.com, into a network IP address.
The buffer overflow flaw is triggered when the getaddrinfo() library function that performs domain-name lookups is in use, allowing hackers to remotely execute malicious code.

How Does the Flaw Work?

The flaw can be exploited when an affected device or app make queries to a malicious DNS server that returns too much information to a lookup request and floods the program’s memory with code.
This code then compromises the vulnerable application or device and tries to take over the control over the whole system.
It is possible to inject the domain name into server log files, which when resolved will trigger remote code execution. An SSH (Secure Shell) client connecting to a server could also be compromised.
However, an attacker need to bypass several operating system security mechanisms – like ASLR and non-executable stack protection – in order to achieve successful RCE attack.
Alternatively, an attacker on your network could perform man-in-the-middle (MitM) attacks and tamper with DNS replies in a view to monitoring and manipulating (injecting payloads of malicious code) data flowing between a vulnerable device and the Internet.

All versions of glibc after 2.9 are vulnerable. Therefore, any software or application that connects to things on a network or the Internet and uses glibc is at RISK.
The widely used SSH, sudo, and curl utilities are all known to be affected by the buffer overflow bug, and security researchers warn that the list of other affected applications or code is almost too diverse and numerous to enumerate completely.
The vulnerability could extend to a nearly all the major software, including:

Who are Not Affected

The good news is users of Google’s Android mobile operating system aren’t vulnerable to this flaw. As the company uses a glibc substitute known as Bionic that is not susceptible, according to a Google representative.
Additionally, a lot of embedded Linux devices, including home routers and various gadgets, are not affected by the bug because these devices use the uclibc library as it is more lightweight than hefty glibc.
The vulnerability was first introduced in May 2008 but was reported to the glibc maintainers July 2015.
The vulnerability was discovered independently by researchers at Google and Red Hat, who found that the vulnerability has likely not been publicly attacked.
The flaw was discovered when one of the Google’s SSH apps experienced a severe error called a segmentation fault each time it attempted to contact to a particular Internet address, Google’s security team reported in a blog post published Monday.

Google researchers figured out that the error was due to a buffer overflow bug inside the glibc library that made malicious code execution attacks possible. The researchers then notified glibc maintainers.
Here’s what went wrong, according to the Google engineers:

“glibc reserves 2048 bytes in the stack through alloca() for the DNS answer at _nss_dns_gethostbyname4_r() for hosting responses to a DNS query. Later on, at send_dg() and send_vc(), if the response is larger than 2048 bytes, a new buffer is allocated from the heap and all the information (buffer pointer, new buffer size and response size) is updated.”

Google bod Fermin J. Serna released a Proof-of-Concept (POC) exploit code on Tuesday.
With this POC code, you can verify if you are affected by this critical issue, and verify any mitigations you may wish to enact.

Google researchers, working with security researchers at Red Hat, have released a patch to fix the programming blunder.
However, it is now up to the community behind the Linux OS and manufacturers, to roll out the patch to their affected software and devices as soon as possible.
For people running servers, fixing the issue will be a simple process of downloading and installing the patch update.
But for other users, patching the problem may not be so easy. The apps compiled with a vulnerable glibc version should be recompiled with an updated version – a process that will take time as users of affected apps have to wait for updates to become available from developers.
Meanwhile, you can help prevent exploitation of the flaw, if you aren’t able to immediately patch your instance of glibc, by limiting all TCP DNS replies to 1024 bytes, and dropping UDP DNS packets larger than 512 bytes.
For more in-depth information on the glibc flaw, you can read Red Hat blog post.