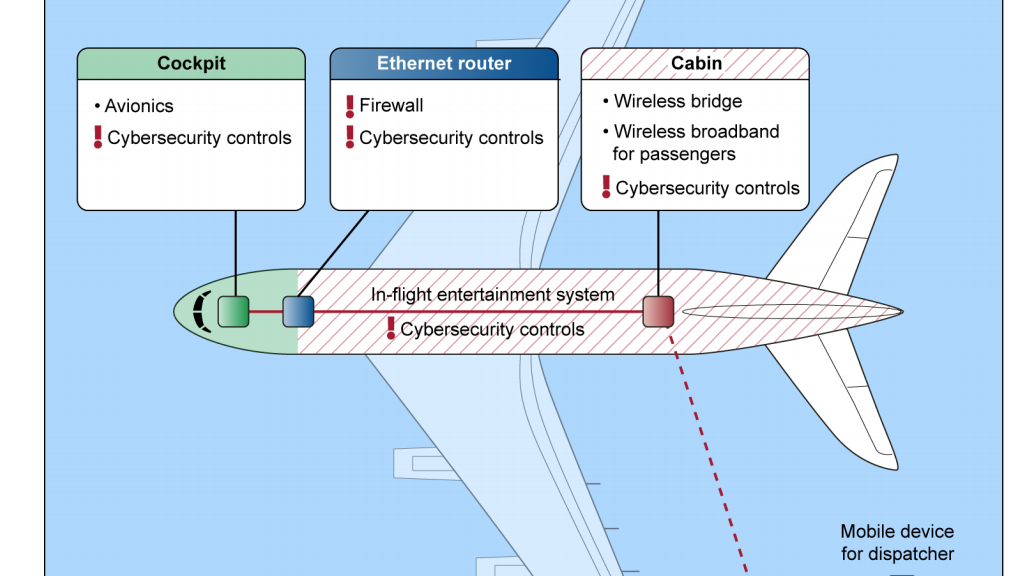 A number of leading publications jumped on the report and within hours, it had become a viral sensation.

Like most, when I first saw the article I had a brief moment of serious concern, especially as I travel frequently on business. On further consideration, I decided to investigate further as there is extensive regulation and compliance in the aircraft industry.

We have seen many industries struggle with security as more services move to digital and connect to the Internet of Things. One example is the medical industry where devices handle sensitive data. This article in The Atlantic gives a great summary of the points.

So based on what we’ve seen in other industries, would a vulnerability on an aircraft seem farfetched? Probably not.

However, as I mentioned, aviation is a highly regulated industry with security standards and safety at its core. It would therefore surprise me if someone left the backdoor open and the aircraft’s avionics were accessible through the Wi-Fi.

The following diagram is probably what made this report go viral. 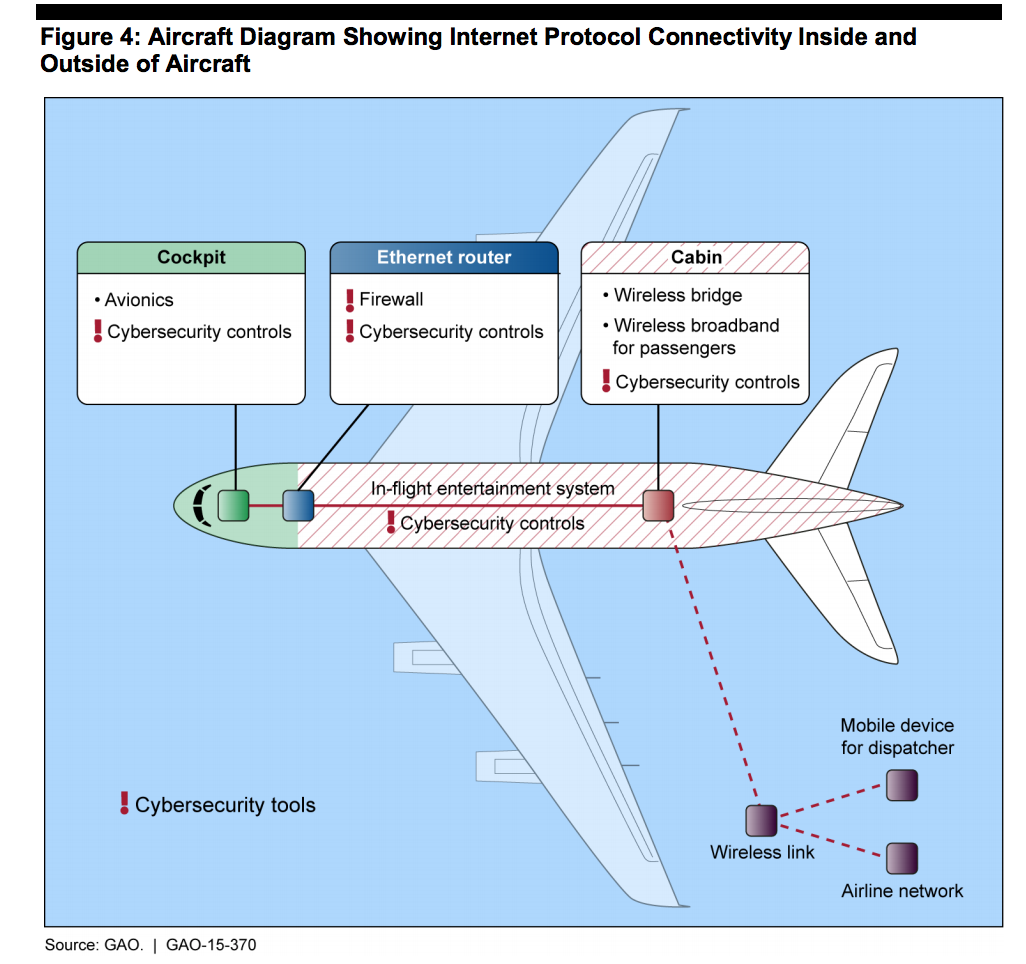 The government report and its diagram may be highlighting an area of concern but according to Dr Phil Polstra, as stated in a Forbes article ‘The GAO report was put together by people who didn’t understand how modern aircraft actually work’.

Based on Dr Polstra’s comments and his credibility as an expert in this area I think we can rest assured that the frightening nature of the article that went viral is a false alarm.  The real risk here is someone publishing a report when they may not have fully understood the subject matter.

I will be getting on a plane soon and will not be concerned that the person in the seat next to me might be hacking the flight system. However, if they could adjust the temperature and lighting around my seat, that would be useful.