The ‘Selfie Generation’, which shares every detail of their lives online, doesn’t realize that giving away too much information can have serious consequences.

The post Belong to the ‘selfie’ generation? You are probably oversharing appeared first on We Live Security.

Now the favorite past time of some (namely taking selfies!) might actually become a legit payment method for MasterCard users. The company is experimenting with a feature called ID Check, which would scan your face (or your fingerprint, depending on what you choose) in order to approve an online purchase. Basically they are trying to go full blown biometric.

Ajay Bhalla, the MasterCard executive who’s in charge of the new payment methods told CNN: “The new generation, which is into selfies … I think they’ll find it cool. They’ll embrace it.“

Why MasterCard would do something like that? Definitely not only to please us youngster, but also to cut down fraud, it seems. The US trial is supposed to start very soon with a limited customer base of 500. The launch will follow sometime after that.

If you’re afraid that you’ll need a selfie stick in order to make payments with your MasterCard in the future, don’t worry too much: The way the system is described you’ll just install the MasterCard app, purchase something, and once you want to pay a pop up appears. Now you can choose to complete the payment with a fingerprint scan or via said selfie. According to CNN “you stare at the phone — blink once — and you’re done. MasterCard’s security researchers decided blinking is the best way to prevent a thief from just holding up a picture of you and fooling the system.” Easy peasy, right?

Well, let’s see how it will work out and what’s next: Bhalla also said that MasterCard is experimenting with voice recognition and approving transactions by recognizing your heartbeat …

The post Shopping via Selfie is the next thing … appeared first on Avira Blog. 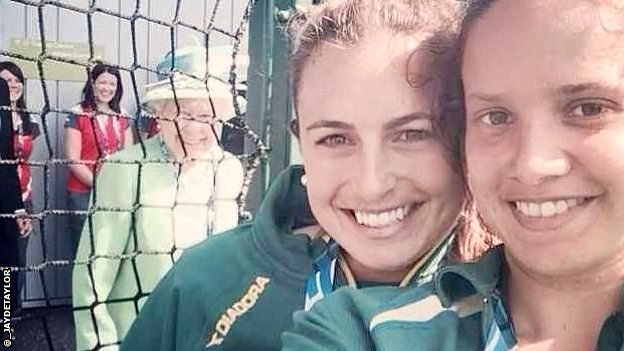 2014 has been a monumental year for technology, from drones becoming commonplace, to a landing on a comet, and the mobile industry is no exception.

Here are my favourite moments from the mobile world over the last 12 months:

The Oscars selfie has to go down as the tipping point in the phenomena that is ‘taking a selfie’, so much so, that it even (briefly) broke Twitter with over 3 million retweets.

While the word “selfie” was added to the Oxford English Dictionary back in August 2013, this was the year that the craze really went into full swing. For one thing, a “selfie stick” is now an actual thing. While some of us have ultimately found it painful to endure all the oversharing, the selfie even became a force for good.

Emma Watson’s ‘he for she’ campaign for gender equality was backed by some famous faces, including Russell Crowe, and how did they show their support, with a selfie, of course.

The highlight of my selfie calendar was however, this majestic photobomb, by none other that HRH Queen Elizabeth II.

Mobile sharing hit another high this year with the Ice Bucket Challenge, raising awareness and money for ALS the charity dedicated to fighting Amyotrophic Lateral Sclerosis. Love it or hate it, the challenge, through the power of the humble mobile raised more than £2.7 million for the charity.

It went global and attracted some high profile participants. My favorite has to be this fantastic take on the challenge, by Bill Gates after being challenged by none other than Mark Zuckerberg.

Then came the biggest news of the year, the launch of Apple’s iPhone 6 and iPhone 6 Plus. Rumors saw mega-fans waited outside stores a week before any official announcement had been made.  Charity Depaul even got in on the queuing action, by auctioning off their 5th place spot in the queue on London’s Regent Street on eBay for  £570, although one New Yorker reportedly sold their spot for a whopping $2500.

The iPhone 6 Plus has one of the largest smartphone screens on the market, bridging the ever narrowing gap between phones and tablets and joining a whole new world of “Phablets”.  With no signs pointing toward phones going back to their teeny tiny early noughties past, like “selfie”, “phablet” might find its way into the dictionary soon. 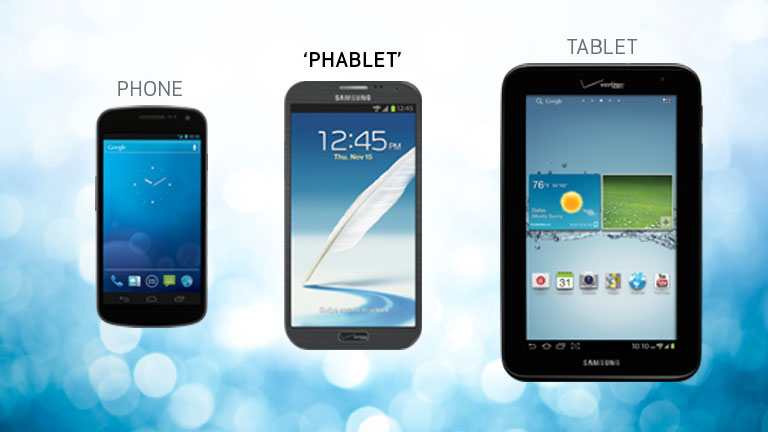 2014 was the year I finally saw the light and downloaded Uber. This clever cab calling service caused quite a stir when it went live in my home city of London. The city came to a standstill as drivers of London’s traditional black cab service went on strike with over 10,000 cab drivers bringing the city to a standstill by parking in Trafalgar square.

While black cabs are as synonymous with London as red buses, I have to admit to being a total Uber convert. As someone who reluctantly and rarely booked taxis in the past, due mainly to the expense, Uber has come along and saved the day. Both in London and whilst travelling, I’ve used Uber to get to and from airports or get home on a night out, at a fraction of the price than I would normally expect. And it’s not just me who’s happy. While Uber may have its issues, the drivers I speak to seem genuinely enthused by the app. Many enjoy the freedom of working as much or as little as they want, or just earning extra money on the side.

And finally, my favorite mobile moment of the year comes from the Chinese, who in 2014 introduced a mobile walking lane on the sidewalk. So you can now safely wobble along staring down at your mobile, at a luxurious pace, without getting in anyone’s way. I’ve long thought about campaigning for a “fast walkers lane” in London, so would be more than happy to see the slow walkers keeping to their side of the pavement! 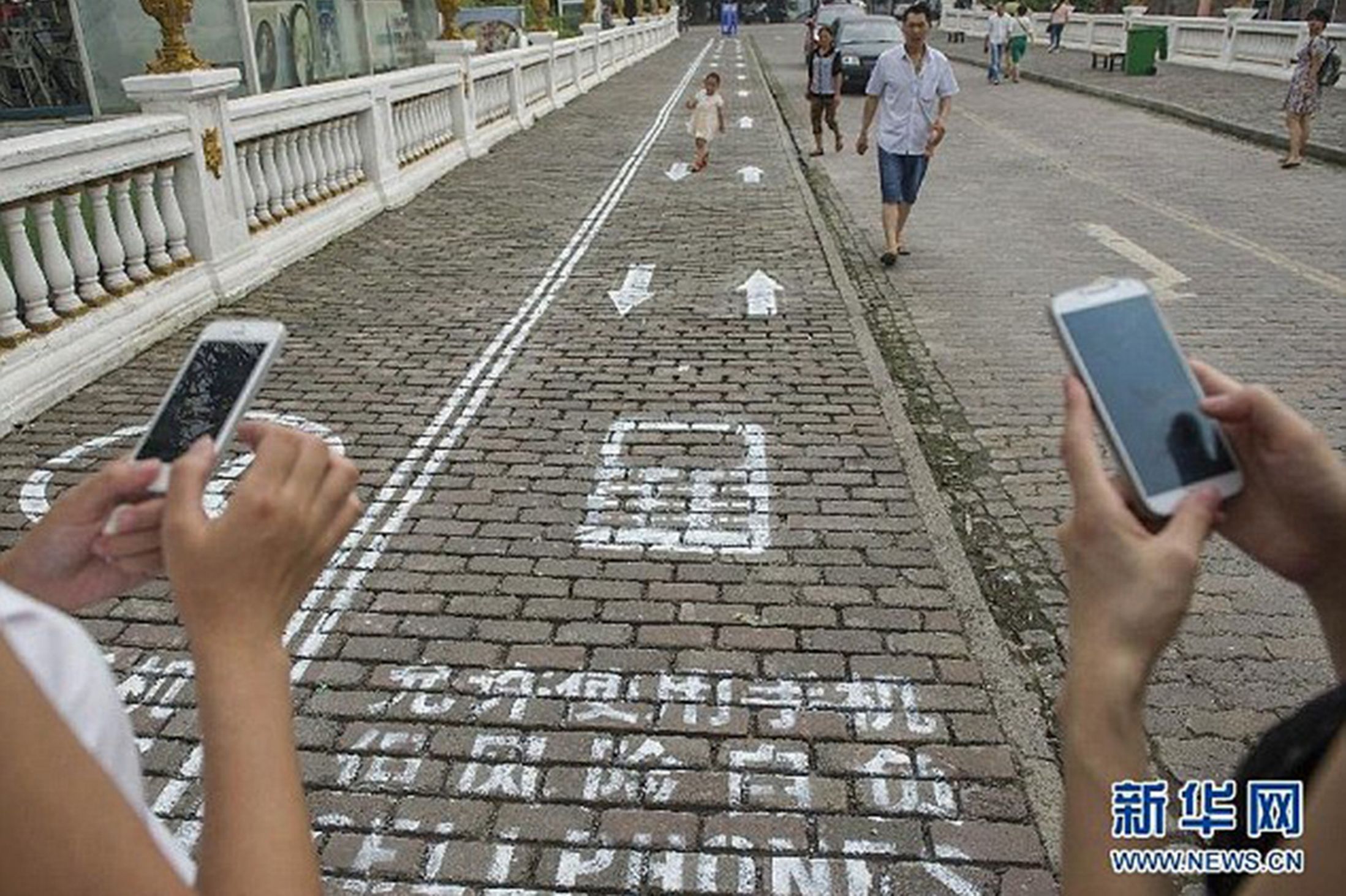