Researchers warn of a wave in aviation-themed phishing attacks that aim to steal credentials and install malware.

A massive spam operation that sent out more than one billion messages a day was exposed by researchers who called the operation “illegal” and a “tangible threat to online privacy and security.” 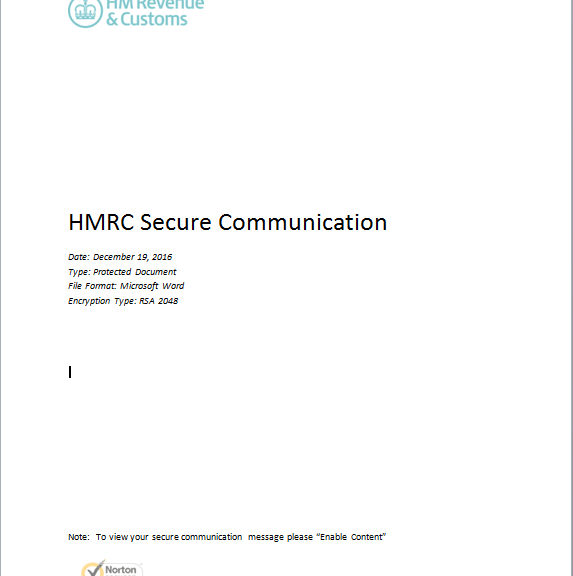 Cyberthreats are a constant risk and affect public administrations significantly. So much so that they have become a powerful instrument of aggression against public entities and citizens. They can lead to a serious deterioration in the quality of service, and also, above all, to data leaks concerning everything from personal information to state secrets.

The combination of new technologies and the increase in the complexity of attacks, as well as the professionalization of cybercriminals, is highly dangerous. These are trends that we are predicting for 2017.

Last December, a large-scale spam campaign spanning more than ten countries was carried out, and specifically targeted a major European ministry. The attack, via phishing, was highly advanced and combined social engineering tactics with a powerful Trojan.

The attack is sent by email with an attached Word document. At first, we suspected that it was a targeted attack, since the message came, supposedly, from a healthcare company and the recipient was an employee of the Ministry of Health in a European country.

The present analysis describes the technical features of the harmful code found in the macro of the Word document. The goal of the macro was to download and run another malicious component.

Below are shown a few static properties of the analyzed files.

The hash of the Word document is the following:

According to the document’s metadata, the creation date was 2016-12-19. The malicous code’s signature, downloaded by Word, is the following:

The Word document gets to the victim’s computer by way of a spam email coming from a healthcare company. The text tricks the recipient into beleiving that the content is protected and needs to run the macro in order to gain access to it.

According to the data recovered by Panda Security’s Collective Intelligence, this spam campaign took place on December 19, 2016 and affected several countries.

2. Interactions with the infected system

The basic function of the macro consists in downloading and running another malicious code from a URL embedded in the macro itself.

Both the macro and its chains are obfuscated. Also, the macro is designed to run immediately upon being opened.

Part of the obfuscated code contained in the macro

Once the macro is running, the Word doc runs the following command in the system:

Thanks to the data obtained by the Intelligence Collective at Panda Security, we know that the last malicious code to be distributed by this campaign is a variant of the Dyreza family. Panda’s clients were protected proactively, without need of signatures or updates.

The purpose of the malicious code is to steal credentials from browsers and add the compromised machine to bot network. It then waits for commands from the Command & Control Server. These commands come from the cybercriminals that operate it, and is able to download further new malware and carry out all kinds of malicious actions.

Digitization in Public Administration leads to the exponential growth of the creation, storage and management of huge quantities of confidential data — data that does not allow for a single oversight.

Security experts are warning of an active phishing campaign that utilizes PDF attachments in a novel ploy to harvest email credentials from victims.

Researchers have identified a new ransomware strain that spoofs tracking services via spam messages and contain URLs that link to malicious files.

The two main infection vectors for ransomware are exploits and spam emails. Let’s take a look at the spam to see how popular it is. Read more!

Researchers at Endgame have found new versions of TeslaCrypt in the past few weeks that target a host of new and unusual file extensions, and deploy new obfuscation and evasion techniques.

The biggest football game of the year is a big day for being online – whether you’re traveling to Santa Clara to watch it in-person or heading to a friend’s party (or two).  Either way, it’s important to protect yourself while you’re on your phone, and there is no doubt there will be a lot of social media activity from kickoff to half-time to when the clock reaches zero.

If you’re like the majority of us and don’t have a ticket to the game, you’ll most likely be watching the extravagantly funded commercials and your Twitter or Facebook feed from a friend’s house.  Here are some things to keep in mind while online.

For the lucky ones who were able to get a ticket to the big game, you’re going to be in one of the most high-tech stadiums in the country!  It is Silicon Valley, right? Did you know that there are 1200 access points for WiFi at Levi Stadium?  That’s 1 WiFi point for every 100 seats!  Plenty of connection points for posting all those selfies!   Here are some tips for staying safe in the crowd:

Stay safe at the game and have a great Sunday!!