The post Wardriving: A digital census of Wi-Fi networks? appeared first on WeLiveSecurity

Connecting to public Wi-Fi networks can get us out of a jam… and also get us into one! Use these 10 security tips and surf the web carefully.

Forget the image of a hacker in a dark cave. Think about a mechanic with a well equipped toolbox intent on ‘fixing’ your WiFi.

A growing number of apps are popping up promising to encrypt your emails, messages and more. There are several places where encryption can play a role on your smartphone device.

A growing number of apps are popping up promising to encrypt your emails, messages and more. There are several places where encryption can play a role on smartphones – securing voice, messages, chat, emails, files and pictures, basically any file or data in transit.  What are the pros and cons of these new features and apps and how do they work?

Let’s take a look at voice encryption, which I know may sound like something from a spy movie. Voice is complex to encrypt because both of the parties talking to each other on the phone would need to have the same app that offers voice encryption.  Voice encryption apps, like Cellcrypt and Guardlock, require the user to register, add or accept an invite from the other party. This extra step can complicate communication for the average user and their motivation to use it is probably around a “I’ll worry about it later or it’s just not important to me” level.

When it comes to encrypting data, if your phone is secured with a PIN and you have not changed the encryption defaults then your data should be safe. If you’ve been following the developments of the Apple vs FBI case surrounding the data on smartphones, you know that newer smartphones are by default encrypted and that it’s difficult to break. But once the phone is unlocked by the user, they are immediately open and the data is then accessible and potentially at risk from theft if the phone is accessed by a third party, even remotely. Think of it as an encryption layer over your entire house, with the downside being that once you get in through the front door, you can move around relatively easily.

Let’s talk about apps that offer encrypted storage. You drop the files in there and lock it with a pin, much like locking away files in a vault.  The benefit here is that you can make a judgement of what data is sensitive and store it accordingly, in the same way you would with physical documents by placing them in a safe. Examples of apps that do this are Vault-Hide and Vault!.

There are many chat apps that offer encryption in the same way as those encrypting voice encryption– both parties need to have the same app downloaded with a connection to the other person.  This is so that they can send message and files/photos to each other without someone in the middle intercepting them. Some of these also offer the ability to lock the app with a pin, so the beauty of that is even if someone unlocks your phone they are not going to see what you’ve been chatting about in that app.

Beware of apps promising encryption that do not have a pin/password to unlock the app, for the above reason.  If someone can access your phone either physically or remotely while in an unlocked state, then there is potential for them to access the app and see your chat and file transfers. Examples of encrypted chat apps are Whatsapp or Theema; however, Whatsapp does not offer the added protection of a password or pin.

The other place where caution is needed is on WIFI networks at public places such as coffee shops and libraries.  We connect to send and receive data and if we don’t have a VPN installed on the device, then our apps could be sending that private data in plain text to unknown services and would-be thieves.  There are simple and widely available tools that allow for someone to gain access to your data via a public WIFI.  Adding a VPN ensures that when data leaves your device, it’s encrypted and protects all data and app communication, although notes that this protection does not extend to voice. One good VPN to use is Hide My Ass!, part of the AVG family of apps, that obscures your location.

Now, if you want to take the ultimate step towards absolute privacy, you can purchase a Blackphone.  CBS’s 60 Minutes had a good episode that talks about the Blackphone and its ability to do everything I’ve mentioned above.  A “must-have” for anyone wanting to be like a character in a spy movie!

Spring is here! Out with the old and in with the new – a new opportunity to put winter clothes away .Why not clean up your digital life as well?

Even though your online identity is squeaky clean, don’t wait until next spring to do a digital clean up.

To learn more about me and receive the latest news from AVG: 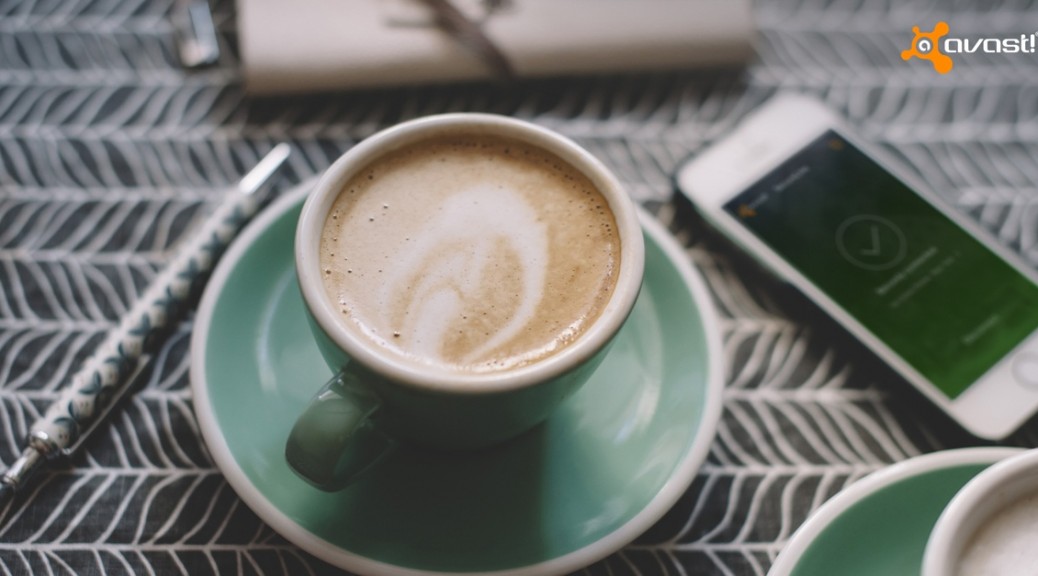 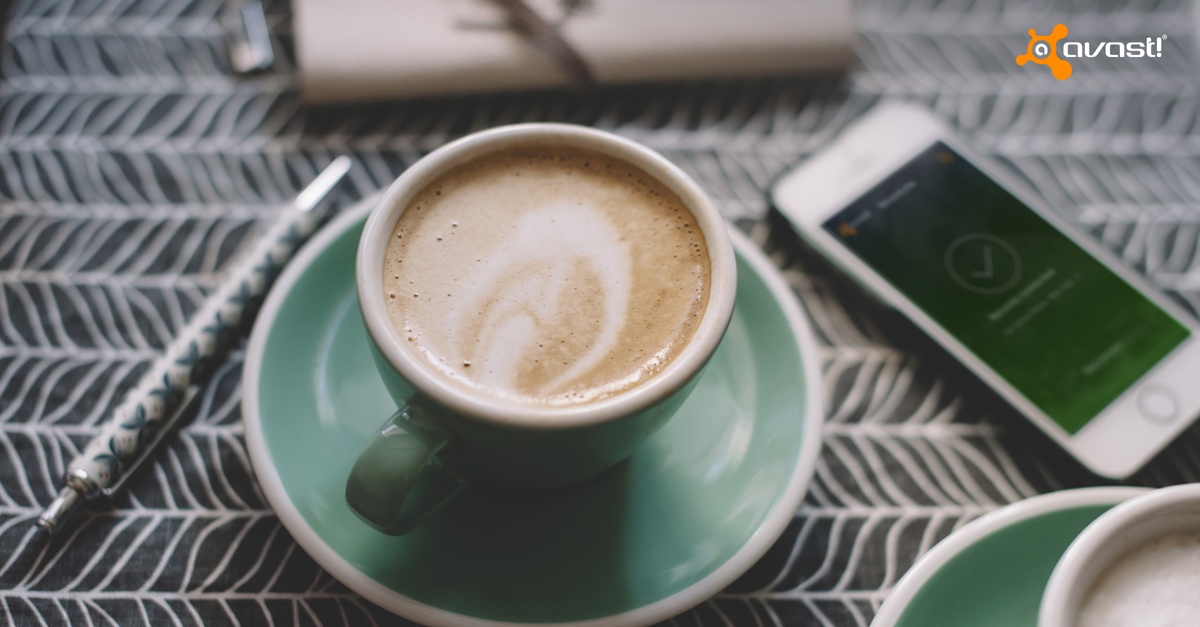 Unsecured networks can expose you to a hacker who can easily read your messages, steal your logins, passwords,  and credit card details.

The danger is that you never know when it could happen, or where, so having a way to secure your device when connected to an unsecured Wi-Fi hotspot is the best protection.

How to avoid the dangers of open Wi-Fi

To avoid the potential of a snoop stealing your private information, you basically have two choices: Stop using unsecured Wi-Fi hotspots or make sure you always have a secure connection by using a VPN (virtual private network), like Avast SecureLine VPN.

A VPN sounds extremely techie, and it is, under the hood. Avast mobile security developers created SecureLine to give you a secure and reliable private connection for your data between computer networks over the Internet. Your outgoing and incoming data is encrypted and it travels in its own private “tunnel” and is decrypted at the other end.

When you use Avast SecureLine VPN, everything you do is anonymous. We don’t keep logs of your online activity, and thanks to SecureLine, no one else will either.

Get a 7-day free trial of Avast SecureLine VPN

Avast SecureLine VPN for Android and iOS takes all that tech goodness and puts it in a simple-to-use app. All you do is tap a connect button, and the app does the rest.

Install Avast SecureLine VPN on your iPhone or iPad and try it free for 7 days.

Install Avast SecureLine VPN on your Android smartphone or tablet and try it free for 7 days.

After you install Secureline, click connect and choose a server from 27 locations in 19 countries, or let SecureLine choose the closest one. You can turn the secure connection on and off with one click.

If you’re running an open Wi-Fi network, you’re opening yourself up to risk in several ways.

Most of these security measures can be done by connecting to your router’s settings.

A Virtual Private Network (VPN) encrypts and transmits data via a connection to remote servers over the Internet — this enables your data to remain secure and private while it travels from one place to the other.

It’s one of the simplest and most effective ways to help maintain your data security and privacy when online, but if that’s not enough, here are some other great reasons why should consider using one:

If you’re not already using VPN and care about your data privacy and security as much as we do, download AVG Safe Surf.

But be warned: since your data is traveling through the air—sometimes completely unprotected—hackers could be listening in.

When you’re connecting to an unknown Wi-Fi or network, ask yourself these questions:

If you don’t know the answers to those questions, don’t do sensitive things like shop or bank online. Wait until you’re home or on a network you trust.

If you absolutely must access your bank accounts or shop for things, use a VPN like AVG Safe Surf to stay protected.

Hackers are being blamed for an attack which grounded 1,400 passengers set to fly on Polish airline LOT.

The post Polish airline LOT grounded by ‘first attack of its kind’ appeared first on We Live Security.