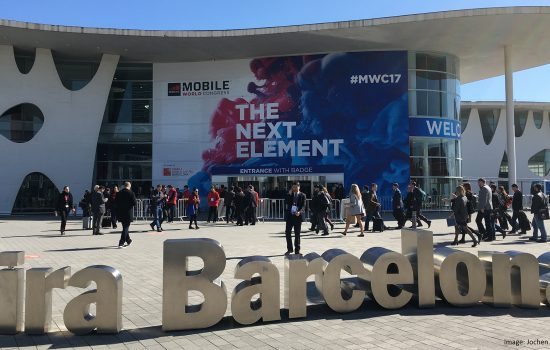 Scouting for technology trends, I attended the Mobile World Congress (MWC) exhibition 2017. Even though Barcelona, Spain is itself an amazing place to visit, this event, with over 2,000 exhibitors, really pulls you in. Whilst the media usually focuses on latest smartphone presentations and a bit about connected driving, I wanted to see how consumers will live in tomorrow’s […]

The post Breaking Boundaries in the Connected World appeared first on Avira Blog.

Watching this four second video can have an unwanted side effect: Your iPhone will not react to your input any longer and eventually crash.

The post Beware! This video will crash your iPhone! appeared first on Avira Blog.

Now that you know how to set up Google Now let’s take a closer look at OK Google. If you want to use the app comfortably, you’ll need to know to what commands it will respond. And there are quite a few of them!

You probably all know about Siri and how great it works – but what about Google Now and Ok Google?

There is a Samsung Explosion-Proof return kit for the Note 7. Not kidding!

The post One does not simply return the Note 7 … appeared first on Avira Blog.

As the anticipated release of the Google Pixel nears, it may be time to check those old storage habits to ensure your new Android phone performs at its maximum capacity.

We’re all waiting with bated breath for Google to release the new Pixel phone tomorrow—it’s rumored to have twelve megapixels in the rear camera and Full HD display to view your photos.

While Android enthusiasts are bubbling with excitement about the new features, better images typically also mean heavier files. And you can bet that one platform agnostic behavior will remain: extraordinary laziness in clearing out bad and/or duplicate photos.

AVG Technologies recently collected data from 1.5 million users of AVG Cleaner for Android—which creates more space, speed, and battery life for your phone or tablet—and found that the app helped users quickly delete 26 million bad photos and 30 million similar photos. The bad photo overload phenomenon is global, and life is too short to spend even a minute manually scrolling through thousands of pictures to identify and remove the trash.

AVG Cleaner is free, and you can install as soon as you get your shiny new Pixel to make sure your old habits don’t mar your new phone. And it isn’t just a one-time solution: Cleaner can also quickly remove hidden clutter, unused apps, call history, your largest files, and more to free up space for the apps, photos, and music you love most. Just turn on Auto Clean Reminders and AVG Cleaner will automatically find the clutter for you and let you clean it with a simple reminder in the notification panel of your phone or tablet. It’s that easy.

Regardless of how you keep your phone running, it’s always fun to start with a clean slate. We can’t wait to see what other features Google unveils at tomorrow’s event!

Are you addicted to the augmented reality of Pokémon Go yet? If so, then you are not alone and if not, beware of playing the game because you might be.

But be careful, whether you are an existing or new player as with any craze as popular as this then cyber-criminals see an opportunity to make some cash.

The malware infected app found by security researchers this week was available in the Google Play Store and is reported to have been downloaded over 500,000 times. The apps malicious payload is capable of taking root access rights on a user’s phone. The app masqueraded as a ‘Guide for Pokémon Go’, leveraging the huge success of the game to dupe people into downloading an app that could then uninstall/install apps or display unwanted adverts.

The research on social media accounts found 543 accounts related to Pokémon Go across Facebook, Twitter and Tumblr with over 30% (167) of them delivering fraudulent content to their visitors. With a mix of downloadable game guides, imposter accounts and free giveaways affecting both desktop platforms and mobile devices delivering adware, malware or software not related to the content advertised.

With cyber-criminals motivated to cash in on the phenomena we strongly recommend that vigilance is needed when downloading or researching details about the game and the best way to play.

If you think you may have clicked a bad link or downloaded a rogue app then download AVG AntiVirus for Android, it’s free and detects malicious app downloads in real-time. AVG detects the threat from the malicious app mentioned above and our researchers work 24×7 to ensure that we bring you protection to threats as they happen.

Researchers at Check Point® Software Technologies have released details of four vulnerabilities, which they have dubbed ‘QuadRooter’, that affect Android™ smartphones and tablets built with Qualcomm® chipsets.

Any one of these vulnerabilities could be exploited by a malicious app downloaded onto the user’s device which, without their knowledge, would allow the attacker to gain full access to the phone. Considering the significant amount of personal and business data we store on our connected devices, this has major security implications.

According to Check Point, some of the Android devices that contain this chipset and which are therefore at risk include:

How to protect your Android device from QuadRooter

If you own one of these handsets, it does not mean that you have been the subject of an attack that gains control over your device. For the attack to be successful, it must download the malicious app that takes advantage of one of these four vulnerabilities to your device.

Ensure you update your handset with any security patches available for the issue. For example, Qualcomm has already released a fix for all four vulnerabilities while Google has released patches for three of the four, with the final fix expected in the very near future.

In addition, there are four steps you can take to make sure your device is as secure as possible:

The best advice I can give is not to panic and not to be complacent. Vulnerabilities like this are actually relatively common and taking preventative action quickly will help protect your devices and your data from unnecessary risk.

What is the first things to do with a wet phone? Whatever you do, do not attempt to dry it using heat. Forget about dryers, microwaves, ovens or other similar ideas. Learn our DIY tips and give your wet phone another lifeline.

Do you know what happens with your data when you install and use apps granting them access to more or less all data stored on your phone?